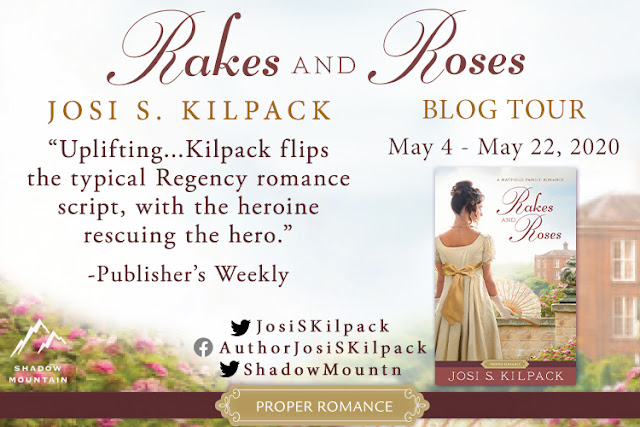 A standalone novel in the Mayfield Family series with an unusual premise and an uplifting ending.

Lady Sabrina endured an abusive marriage, a miscarriage, and early widowhood to emerge as a smart, successful, confident woman who found a way to make her mark in a man's world. She has friends and purpose, but cannot hide from the emptiness she feels when the parties are over and the friends have gone home to families she will never have.

Harry Stillman may be charming and handsome, but he's a gambler and a rake who has made a mockery of his privileges. He turns to the mysterious Lord Damion for financial relief from his debts, but still ends up beaten nearly senseless by thugs and left in an alley.

When Lady Sabrina comes upon Harry after the attack, she remembers the kindness Harry once showed to her six years ago and brings him to her estate to heal. Though their relationship begins on rocky footing, it soon mellows into friendship, then trust. But Lady Sabrina needs to keep Harry at a distance, even if he is becoming the kind of man worthy of her heart. After all, she is keeping a secret that, if exposed, could destroy everything she's so carefully built.

I have enjoyed each of Kilpack’s books in the Mayfield Family series, and this one was just as enjoyable. I will admit, it has been long enough since I’ve read the other books that I don’t really remember much about the other characters, but that’s not necessary, as each story works well as a stand-alone.

It was fun having Lady Sabrina be the strong rescuer, instead of the other way around, as is usually common in novels set in this time period. (But I don’t mind those either.) I cheered her on as she lived her life on her terms, and I also cheered Harry on as he finally started making much-needed changes in his life. This book was a page-turner, and I stayed up much later than I should have to finish it. I highly recommend this book - and the entire series.

I loved this addition to the Mayfield Family Series and read it very quickly. In the previous books I really disliked Harry. He was a piece of work and just . . . awful. But, I loved his redemption in this story. It was so good to see that no one is beyond hope, and it is possible to change one's ways. That didn't happen to him until he was so far down that death was probably on the horizon, but the kindness and faith of one person brought him out of his own way.

Lady Sabrina was amazing. She made the best of her situation after she'd been through a lot as well, and she saw deep into people's hearts and could see potential where no one else could.

I'm looking forward to reading this (and the rest of the series) again.

In the acknowledgments, the author says, "This is the first time I have written a 'playboy,' and it's a character type I find difficult to like as a reader." (You should keep reading what she says, because it's really good) This is exactly how I feel as a reader, and so this was a more difficult book for me to read. It was well written, each character had a lot to recommend themselves, and it was a beautiful story of redemption. I just...well, I had a hard time.

However, Lady Sabrina was really a great character to read about. It was heartbreaking to hear everything she went through, but then to see her courage as she was able to become strong despite of her background is very inspiring. I loved the supporting cast that helped her become who she was supposed to be.

Honestly, I probably won't read this one again. It's not my style of book. However, like I said before, it was well done, and beautifully written. So if you don't mind, or even if you prefer "the rake" type character, then you will love this one from Kilpack. 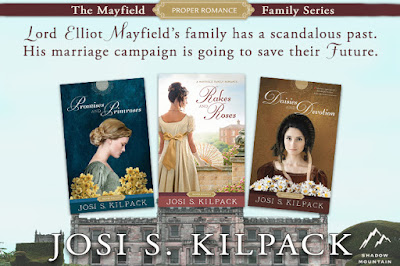 Josi S. Kilpack is the bestselling author of several Proper Romance and Proper Romance Historical series and a Cozy Culinary Mystery series. Her books, A Heart Revealed and Lord Fenton's Folly; were Publishers Weekly Best Romance Books of the Year. She and her husband, Lee, are the parents of four children.