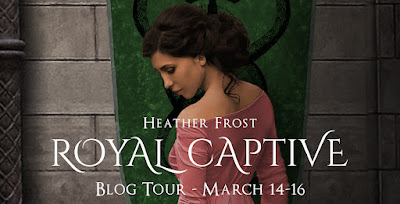 A DECOY trapped in a dangerous lie

A SERJAH searching for the truth

A PRINCE caught in a deadly game

A WORLD choked by secrets

Abducted during a devastating ambush, Clare is now the captive of ruthless mercenaries. Dragged through the wilderness while grieving heart-rending loss, she must maintain the illusion that she is the princess. Because if she lets the mask slip, even for a moment, the Mortisians will have no reason to keep her alive.

After arresting traitors close to the crown, Desfan fights to rebuild his court, knowing that the imminent arrival of the Devendran princess will further upset the precarious balance in Mortise. But Desfan's world is rocked when he discovers a rumor that rewrites the most devastating event in his life. He will stop at nothing to find the truth-no matter where it leads.

As Grayson struggles to find his footing in Mortise, he discovers new friends and enemies. His life is further complicated by the tenuous alliance with his spymaster brother. With secrets deepening around him, Grayson must decide where his loyalties truly lie. Through it all, his heart remains in Ryden with Mia. Unfortunately, his love for her is no secret, and the Black Hand is a coveted weapon . . .

Eyrinthia holds its breath as allies and enemies collide. Secrets. Lies. Betrayals. Nothing will be the same.

Royal Captive is book 3 in the Fate of Eyrinthia YA fantasy romance series, and should be read in order. If you like swoon-worthy romance, complex characters, and non-stop action with epic twists, then you'll love the captivating world of Eyrinthia!

NEW TO EYRINTHIA? GET BOOK 1 FOR FREE DURING THE VIRTUAL TOUR!

***The series is also available on Kindle Unlimited!***

PRE-ORDER GIFT: THE CAPTAIN AND THE TROUBLEMAKERS

Pre-order ROYAL CAPTIVE (Fate of Eyrinthia #3) in any format, then fill out the form below to receive an exclusive short story: The CAPTAIN AND THE TROUBLEMAKERS.

When Wilf steps in for Bennick’s father during an important rite of passage at the military academy, he gets more than he bargained for. Eleven-year-old Bennick has a fight to pick with another student—a boy named Venn Grannard . . .

The story will be emailed to you after ROYAL CAPTIVE releases on March 18th. Here is the link to the form: https://forms.gle/nDubVYVaB7EPYRfh8

Thank you for pre-ordering!

Heather Frost is the author of the Seers trilogy and the Fate of Eyrinthia series. Her books have been Whitney Award Finalists and Swoony Award Finalists. She has a BS in Creative Writing and a minor in Folklore, which means she got to read fairy tales and ghost stories and call it homework. When she's not writing, Heather likes to read, travel, and hold Lord of the Rings movie marathons. She lives in a beautiful valley surrounded by towering mountains in northern Utah. To learn more about Heather and her books, visit her website: www.HeatherFrost.com.