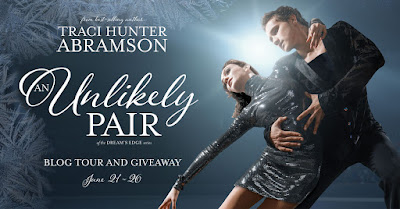 After a family tragedy, aspiring ballerina Amaliya Marcell is adrift. When she is forced to leave behind everything she knows, the lost young woman struggles to build a new life in an unfamiliar city. But when she meets a handsome world-class figure skater, she finds a glimmer of hope.

After his sister’s unexpected retirement from figure skating, Tyler Linden is devastated to give up his shot at the US national championships. His only hope is to find a new partner, a task that proves nearly impossible—until he observes a beautiful young woman at the local ice rink. Struck by her grace and poise, Tyler takes an unthinkable risk and asks Amaliya to become his new partner. To both of their surprise, she agrees. The path to the championship won’t be easy, but Amaliya and Tyler quickly establish a solid partnership and a profound connection—both on and off the ice. However, competition at the championships is fierce, and when the time comes, they will be forced to put everything on the line if they hope to achieve their dreams.

Review:
Title: An Unlikely Pair
Author: Traci Hunter Abramson
Publisher: Covenant Communications, Inc.
Published: June 2021
ISBN: 1524417041
Source: I received a copy from the publisher. All opinions expressed are my own.
Posted by boss421a at 10:29 AM