Book Review: A Captain for Carolyn Gray by Julie Wright 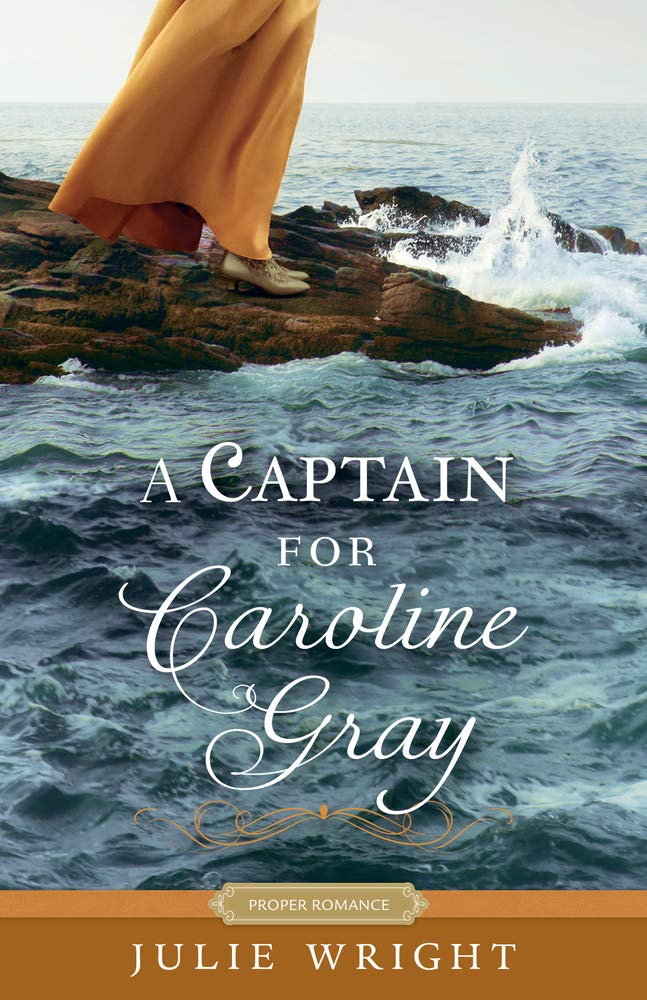 Caroline Gray's third season in London society ends as badly as her first two—no marriage proposal, no suitor, not even a glimmer of an interested prospect. She suspects it's because she is far too quick to speak her mind to men who are put off by her forthright opinions, her eager intellect backed by a formal education, and her unconventional ideas about the future. She is far more daring than demure to suit the taste of her class. Besides, Caroline thinks there will always be next season to find a husband.

However, her family's dwindling income leaves Caroline with only one choice to secure her future: a one-way ticket to sail with the Fishing Fleet to India, where the son of a family friend waits. If the match doesn't work, Caroline cannot return home.

Captain Thomas Scott loves the thrill of the open sea, and as commander of one of the ships of the Fishing Fleet, he ferries scores of young English girls to the shores of India to find husbands. The voyages pay well, but he struggles to understand why families would allow young women to be matched with total strangers so far away.

The trips have always been routine and uneventful—until this trip's first night's dinner with one Miss Caroline Gray. She engages in a lively political conversation, presenting opposing viewpoints to the conventionally opinionated gentlemen at her table. Captain Scott is secretly amused and delighted at her boldness, not to mention quite drawn to her beauty.

The rest of the passengers are shocked by her behavior and Caroline finds herself an outcast, suffering harsh judgments from the other passengers. However, she finds an unlikely ally in Captain Scott which quickly draws them closer.

Both know an arranged marriage awaits Caroline at the end of their voyage, yet the attraction between them is undeniable. Caroline will have to decide if she will honor her mother's wishes and marry a man in India whom she has never met, thus securing a future for her and her mother, or be brave enough to throw convention to the wind and commit to love a sea captain. He may be enchanted by her bold and unconventional ways, but will his love and admiration last?

Source: We received copies from the publisher. All opinions expressed are our own.