Review: The Secret Life of Daydreams by Lucinda Whitney 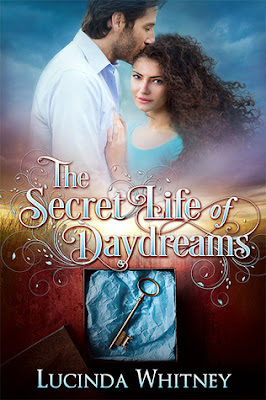 The Secret Life of Daydreams by Lucinda Whitney

Sometimes the dream you never planned for is the one you can’t live without.

Six years after a painful divorce, Josh Conrad is happy traveling the world as a photographer. When he arrives in Portugal, he plans to complete the assignment as quickly as possible. What he doesn’t plan for is Sofia, the girl he baptized eleven years earlier on an LDS mission, and soon he’s making excuses to prolong his trip.

Sofia Monteiro leads a structured life in Braga, Portugal, teaching high school by day and caring for her mother by night. After she reconnects with Josh through mutual friends, the memory of a failed relationship and her new graduate program are enough reasons to stay away from him.

As they collaborate on a project, Josh is wary of repeating his old mistakes and Sofia hesitates to spend time with an American who’s only passing through.

Can two people with wounded hearts bring themselves to trust their dreams to each other?

I was intrigued by this story. I've known some people who remind me of Josh's character, and I was very curious about his reasons for leaving his religion and family behind. Josh's profession created a somewhat nomadic lifestyle for him, and as exciting as all of the traveling could be, I was saddened by how he left behind the religion he held so dear at one point in his life. I was curious about his reasons, and although that was touched on, I wished more time and details had been given to that.

Overall I enjoyed the story, even though it felt like a first book (a bit more editing would have been helpful). I was thrown a bit by the use of Portuguese words throughout the novel. You got the general idea of what was being said, but it seemed strange to include them when it appeared that most of the conversing would have been in Portuguese.

I liked the themes of the importance of family, self worth, redemption and forgiveness.

Let's start with the cover, shall we? I'll admit, I don't love it, but I totally approve of how they got the little details right. Josh does have a beard and she has long curly hair. I appreciate when the cover matches what the story talks about in the book. Little things....little things.

It took me a little bit to get into this book, and honestly, I'm still not sure what I think about it.  Once I got into it, I couldn't stop reading, and when I had to, it made me think about the characters and what they were going through and about choices, and consequences, etc.

Josh carried this story for me, and I wish there was a bit more about his choices. We get a "this is what happened" but not really getting into the nitty gritty.

I love that this took place in Portugal. The author was able to create a very vivid image of every day life over there (so it really wasn't surprising to read about the author and find out she lived there). I was a bit thrown by the use of Portuguese in the book. It would have been helpful to maybe have a list or something in the back of the book telling us what the words meant. Most of the time you could figure it out, and sometimes it seemed similar to Spanish (not that I speak that either), but sometimes I was just a little confused.

Overall, I enjoyed this book and the things that it made me think about. Honestly, it probably isn't one I'd reread just because it was more on the heavy side (not a lot, but a little bit) and I tend to reread my fluff novels. But it definitely isn't one I regret reading.


*We received an eCopy in exchange for a review
Posted by Andrea Frisby at 8:00 AM